Since 2017, Helen Hayes Award-winner Mary Myers has performed as "Karl Marx" in this riveting solo play by Howard Zinn, to rave reviews all over the D.C. area, and overseas at the Edinburgh Fringe Festival.
"Thank, God - an audience!"
- Karl Marx, Marx in Soho
Footage from the 2017 production at Caos on F in Washington, D.C.
Video Editor: Angela Kay Pirko 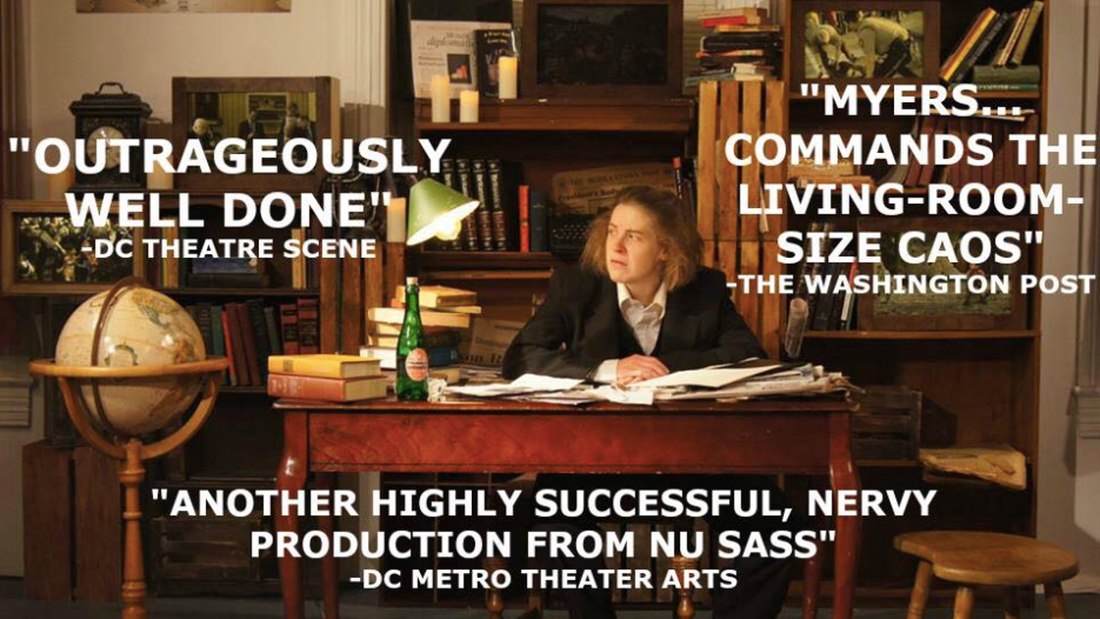 Morningstar (UK) "5 STAR REVIEW"
"Mary Myers performs Marx with no make-up and no beard, just a suit and the shuffle of an elderly intellectual, but she summons the presence of the man with compelling virtuosity."
The Washington Post
"Marx is played by Mary Myers, who thoroughly convinces you that she knows each historical twist and theoretical turn in this monologue. It undervalues Myers to say she commands the living-room-size Caos on F, with seating for 30. Yet command it she does..."
DC Theatre Scene
"Marx in Soho is both entertaining and enlightening, giving you some things to think about long after you’ve left the theater."
British Theatre Guide
"Mary Myers vividly and easily morphs into a whole gallery of characters conjured up by Marx, from his close friend Engels, to the huge anarchist Bakunin..."
Marx in Soho (2017) creative team
Director: Angela Kay Pirko
Sound Design: Hope Villanueva
Photos by: Tori Boutin Photography
​